Road racing season that is.

Everyone I interact with seems to be preparing or recovering from a race.

Twitter is buzzing with nervous energy as people prepare to fight off their inner demons. One often overlooked factor for those racing the ultimate test of human spirit, AKA the marathon is how to make sure you have enough muscle glycogen to get you through without crashing hard, or as we in the running world say; bonking.

With my marathon just a few weeks away, I have been preparing my body as best I can for the race. I have used my new best friend fuelbelt to consume enough liquid on long runs, practiced taking gels while running at race pace, and worn in my footwear as best I could to build blister preventing callouses to hopefully spare my toenails.

Why do you need to practice eating and drinking while running? 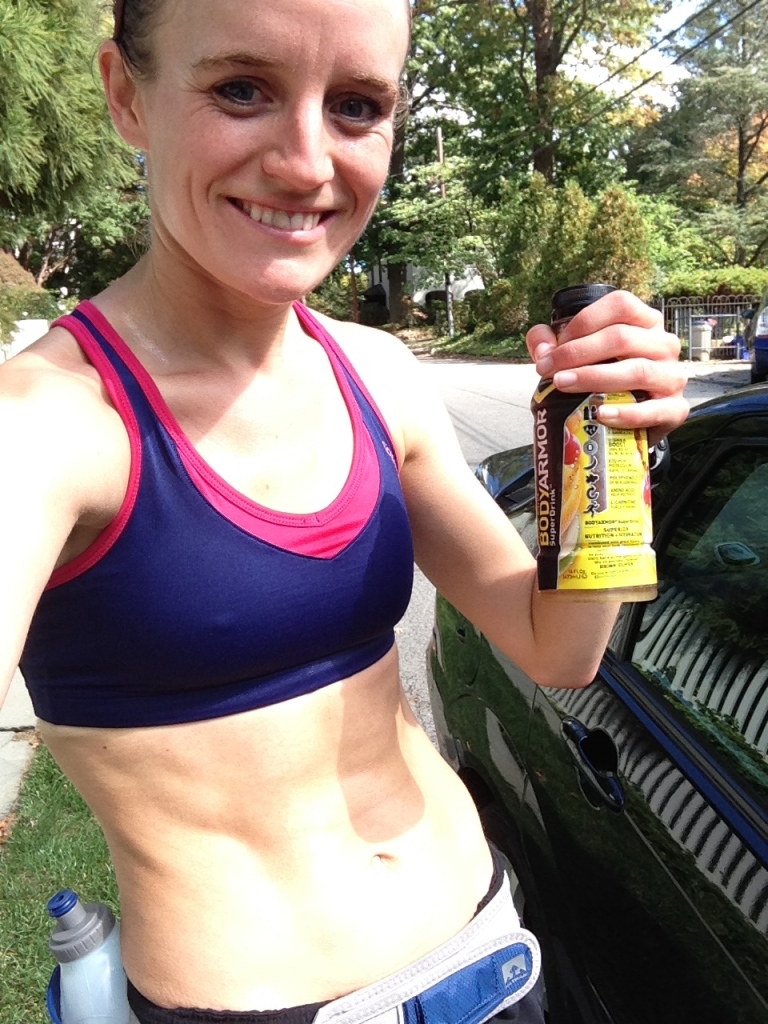 Before I began marathon training, I never practiced fueling.

I had always been too stubborn to take even a single sip of liquid during a race, but a number of experienced marathoners informed me (gently) that I will never finish a marathon without swallowing my pride. I began to practice.

Thankfully, drinking was not actually as bad as I thought, neither were the gels once I got used to them.

It sparked my interest in what studies have found about fuel during extended periods.

With the increase in Ironman participation and ultra endurance events, I decided to do my own research on the current information available.

How far do you have to run to need to start eating and drinking while running?

It is well known that carbohydrate consumption before and during exercise is necessary for peak performance, but I was interested in just how much, and which kinds are the most effective.

One article in the European Journal of Applied Physiology tested out a 6% carbohydrate solution every 20 minutes during a 90 minute run at 75% percent of their peak oxygen uptake (VO2 peak).

Researchers found that the carbohydrate solution was unable to prevent the post-run inflammatory response that can increase to 100 times its resting level during exercise (check out my post on the 27 best Anti Inflammatory foods).

The researchers determined that they would need to complete an analysis over a longer exercise period, and monitor the participants for up to 24 hours afterwards.

When running up to 90 minutes, you really do not NEED to drink. *If you want to, and are happy to wear the belt, then by all means go for it* 🙂

What is the best food and drink for eating during running?

A another interesting study I came across, looked at the difference between consuming a solid natural food such as raisins, compared to a commercial sports product.

They found there was no significant difference in performance between the two, nor was there an increase in gastrointestinal (GI) discomfort with the addition of solid foods.

Both products helped participants to run significantly faster in a 5K time trial they performed after 80 minutes of running on a treadmill at 75% of their VO2 max, compared to water alone.

The evidence found in this article is surprising to me. Not because of the minute faster in the  5K time trial for participants, but the lack of GI discomfort. Raisins contain a reasonable amount of fiber; known for causing stomach upsets while running.

Consuming a combination of fructose and glucose (sugars) while running for extended periods of time will result in an increase in performance. 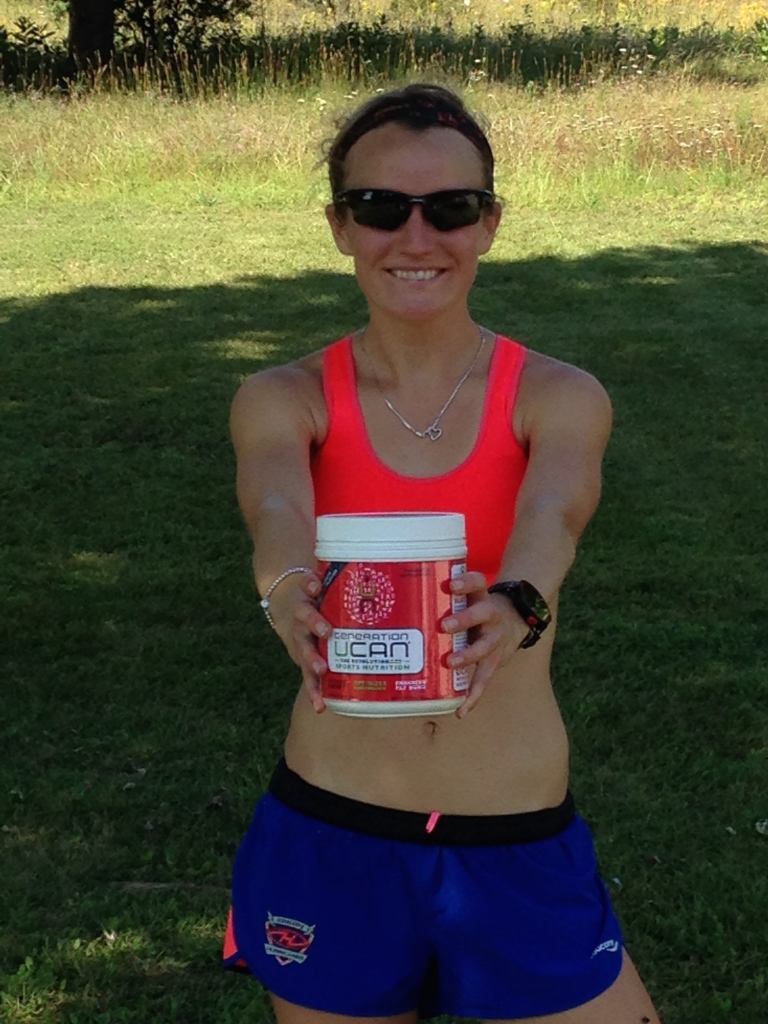 I use Generation UCAN, and it has helped me run my 2:36 marathon with JUST UCAN for fueling. If you use my code RUNNING4REAL you will get 10% off on their website!

The researchers also found that up to 83% of marathoners, and 81% of endurance athletes experience some form of GI discomfort during their training or competition.

This to me was a crucial piece of information. I have had many training runs disrupted by this, and shows the importance of the correct fuel to minimize stomach problems.

Should I drink coffee before a run?

A study in the Scientific Journal PLOS One, looked at the effects of coffee versus caffeine in enhancing performance.

The researchers completed an analysis of prior studies to find evidence that caffeine ingested prior to, and during sub maximal and high intensity exercise can substantially improve performance through making the body use fats to fuel the exercise, sparing precious muscle glycogen.

The researchers found no significant difference between using caffeine products and drinking coffee, as both enhanced performance compared to water.

I only started drinking coffee towards the end of my running career, but I know this study will make many coffee addicts sigh in relief.

One coffee lover who has had success with caffeine is my friend Esther Erb, who recently won the US Marathon Championships. She explained her coffee trick to us all, which might be helpful.

How much should I eat and drink during my run?

The American College of Sports Medicine recommends consuming 30-60 grams of carbohydrate with water, and 6-12 fluid oz of a sports drink per hour.

This seems like rather a lot, but it is good to show that they recommend consuming carbohydrates, and it would be difficult to overdo it with carbohydrates.

However, one crucial point is that they must be consumed with enough of a gap for your body to digest the sugars between each source.

The minimum time between one carbohydrate source and the next is around 45 minutes as it can take your body up to 30 minutes to use the sugars.

Most athletes found an hour was preferable.

Deciding which carbohydrate source to choose from can be an overwhelming decision.

Even with the results of the study mentioned above, I am still a little skeptical about consuming a true solid like raisins during an endurance event.

I have tried lots of products ion the past, I did have success with gels, and here is my recommendation on how to use those.

In the last few years, as I mentioned earlier, I have been LOVING Generation UCAN, and I used it solely for my recent marathons. I

Based on significant evidence, products with caffeine will have the biggest increase on performance, narrowing down the options slightly.

I wrote a conclusive guide on how to practice fueling for your next marathon in this article.

The longer you are out there running, the closer you should try to be to the recommended amount.

Your body will run out of carbohydrates stores after two to three hours. If you are out there for longer, you definitely need to consume carbohydrates.

It is crucial that you begin early!

Do not wait until you are hungry, or even worse, after you have hit the wall. By that point it is almost too late.

These gels need to be consumed in the presence of water, not energy drinks; time them for locations where there are water stations, or your body will be overloaded with sugar……which could lead to a very unhappy tummy!

Fed up of bombing races?

Many runners (although skeptical at first) have tried my effort scale for racing, and have run HUGE PRs.

You can too with this guide of how to pace yourself...so you speed up, not slow down in the last few miles. 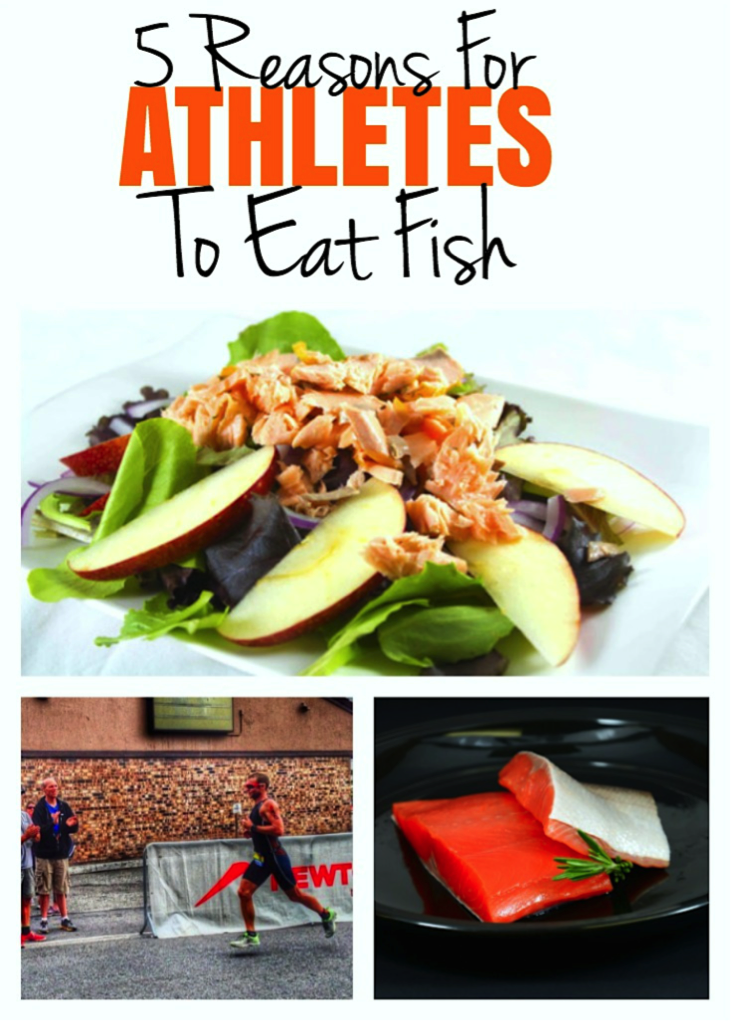 5 Reasons For Athletes To Eat Fish 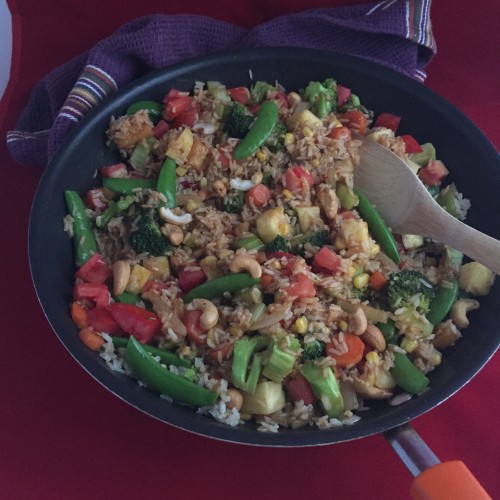 How to Cook a Healthy, Nutritious Meal for Ultimate Recovery 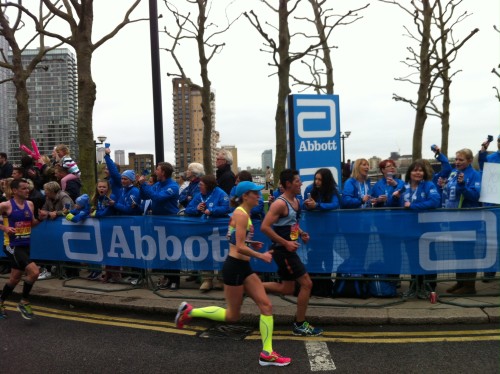 9 Things You Need to Know About Your Next Race