The Mistakes We Made and Improvements for 2017

As I mentioned on Monday, 2016 was a big year for my running career.

When we reflect over our lives, we tend to forget about a lot of the negatives, and only see the positives. I am particularly guilty of this as an optimist, and Steve often has to remind me that there were also a lot of struggles.

Of course, I can just go back through my Instagram, as I pride myself on sharing those ups and downs with you, and on there is where I am often brave enough to share in the moment, but like everyone else, I am too lazy to do that…and not sure I want to stare at my own posts for the next few hours.

When I think about last year, and particularly my commitment to my training, it seems like I committed better than I ever had before. At times during CIM training I felt a new level of tiredness I had not experienced before. I finally reached the level I hear people talking about (and not just elites!) where you just feel so exhausted all the time.

When I had heard others talking about marathon training being a grind, I had never really experienced that. I kept my easy days slow, but not really because I felt like I HAD to, but more as a preventative measure.

This time around however, I NEEDED to keep those easy runs around 8:30 pace (yes, that is 2.5 minutes per mile slower than my race pace for the marathon).

I therefore equated this with being the most committed.

In that sense, it was.

I spent more hours training than I ever had before.

Almost hit my first official 100 mile week (actually, if you look at the days differently, I definitely did, but according to my Strava, I just haven’t reached it yet ;p).

As Steve reminded me, in some ways, I was not as committed, and probably a little less committed than I have been in the past, and we think it did have an effect in the end.

I know you are going to say I am too hard on myself, and don’t worry, I am not beating myself up about this, but every year we should try to be better people.

In 2016 I finally honed in on my mental side of running and focused more on my diet (although in CIM training, I definitely waited until the last possible minute to truly reign in the sweets!). I worked with Evie, and the results showed. In 2015, I began my strength training with Drew and worked on my form, and in 2016 the results really started to come through.

Rather than trying to improve lots of things at the same time, I try to focus on one or two things that could do some work, and will maybe make a difference.

As you get higher up, those changes are smaller, but they will be enough to make a big difference, maybe enough to get you on an international team, and for me, that is worthwhile.

If you have been following me for a while, you probably can tell I am a busybody. I am not very good at relaxing, and kind of like the thrill of having 1 million things on my plate at any one time.

Lets just say the tradition lifestyle of a pro athlete would not suit me very well!

For that reason, I am often running from one thing to the next.

I always got my training in, but sometimes, a few vital steps were skipped.

If you listened to the podcast episode with Jared Ward, you may have picked up that the only change he mentioned that he really focused on in the past year, was more stretching and mobility work.

For me this year, that was not only forgotten about, but I believe it became a weakness, especially with all the traveling I did this past year. Traveling tightens your body up even more, and I noticed the difference.

When I first started working with Drew, the first thing he had me do (for a few weeks, this was all I did), was mobility work.

Initially I was a little annoyed…when are we going to get to the good stuff?

Over time, I realized that without the movement patterns, your body cannot get into the correct position, which means you lift with bad form, and it does not help your cause, sometimes even magnifies your weaknesses. That is what the Gait Guys were talking about when they were on the podcast.

I learned the importance of stretching and mobility. I could visibly see and feel a difference when Drew had me doing mobility exercises in between sets, or when Karen worked out the knots in my shoulders, but when I was crunched for time, guess what was first to go?

I fell back into the mindset of running itself being way more important than the stretching and mobility.

I had heard in the past that Meb would skip part of his run over the pre run work, and although I knew in my heart that there was a reason for this, it was all too easy for me to skip that if I had something to do.

Whenever something had to be skipped.

It was the mobility and stretching.

So you are probably wondering, what is the mobility and strength.

Exercises like these, that I was supposed to be doing before every run or lift

Stretching speaks for itself.

I was probably spending a total of 5 minutes stretching, and while I was distracted and doing something else at the same time.

Oh, and it was the same 5 stretches each time, and not in the areas that needed it most.

Finally, foam rolling, or PVC rolling as I do.

I have the tools; my PVC pipe, the roll recovery, the R3 roller, the stiff stick.

All these tools, but they were barely being used, because once again, I would skip them whenever I was in a rush.

Thankfully I still had my massage from Karen once a week, and my treatment with Dr Mike, which probably saved me, but whatever way you look at it, one hour per week plus maybe 1-2 other times is just not enough.

If I want to step up to the next level, these have to become a priority.

This is my year to work on these, and I am telling you right here right now so you can hold me accountable to it.

If this is something you think you can work on, join me in this, and lets vow to spend at least 15 minutes on this per day, at least 5 times per week.

Since I have started back running, here is how I have incorporated it in:

Before running, in addition to my warm up drills, I am now doing the above mobility drills, plus a few more (the youtube videos) before every run and these to “turn on my glutes”.

After every run, I am stretching and/or foam rolling through every part of my legs (around 15 minutes). Once I have this down, I would like to add in my shoulders and upper body, but want to do this bit at a time.

So far, I have only missed two days (it has been 3 weeks since I started running),

Steve is quick to remind me that now is not the time I need to commit, but it is when the marathon grind sets in, when training volume is high, and when I am most busy. THAT is when I need to actually hone in on it, not now while the race is fresh in my mind.

That’s where you come in to remind me 😉

Will you take a vow with me, or share what your improvement for 2017 is. If you write it down for the world to see, you are probably more likely to stick to it. 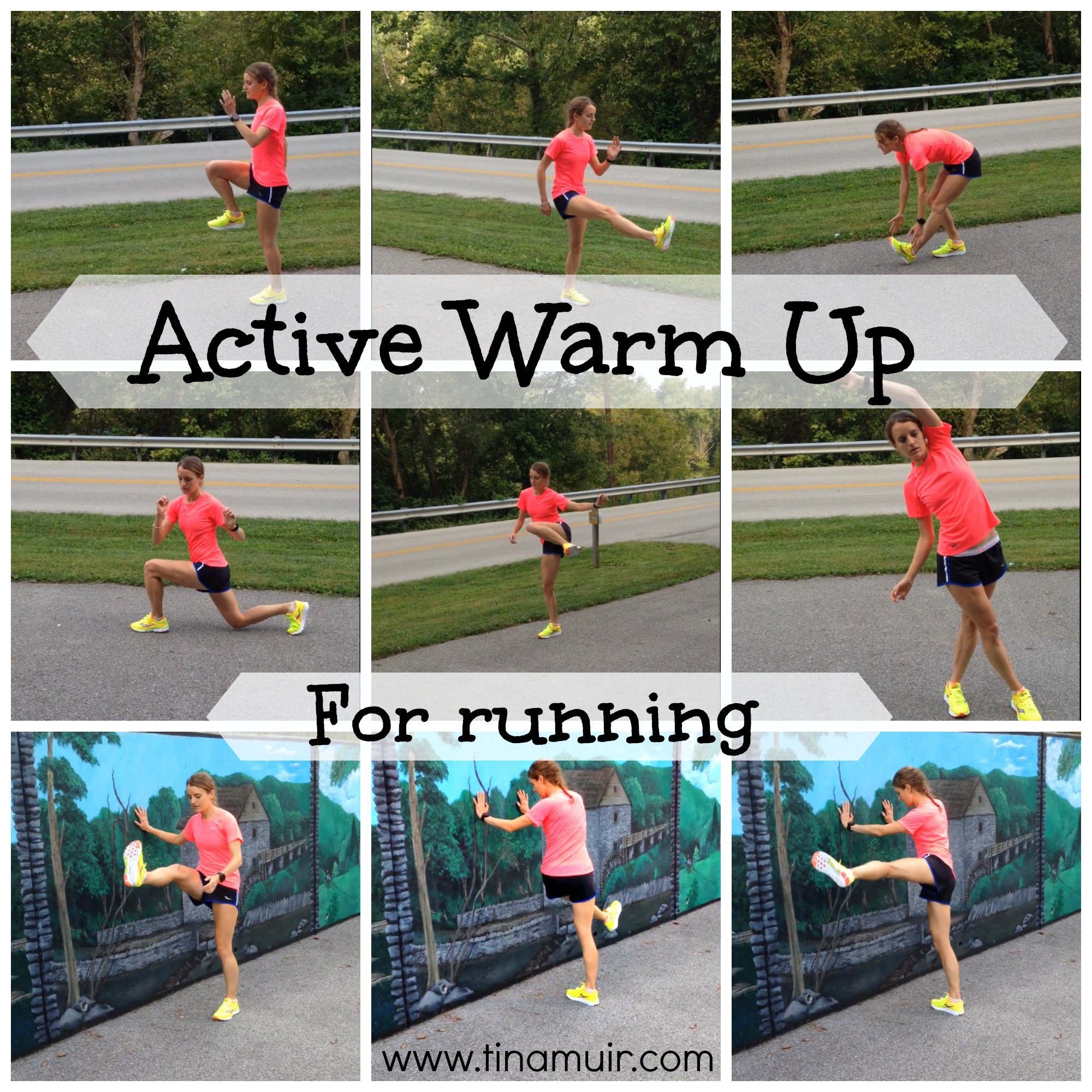 A Runners Guide for How to Use a Dynamic Warm Up