I had always wanted one of these, and it gave me good reason to sit down and think about what I want out of my running, and how I am going to get there. 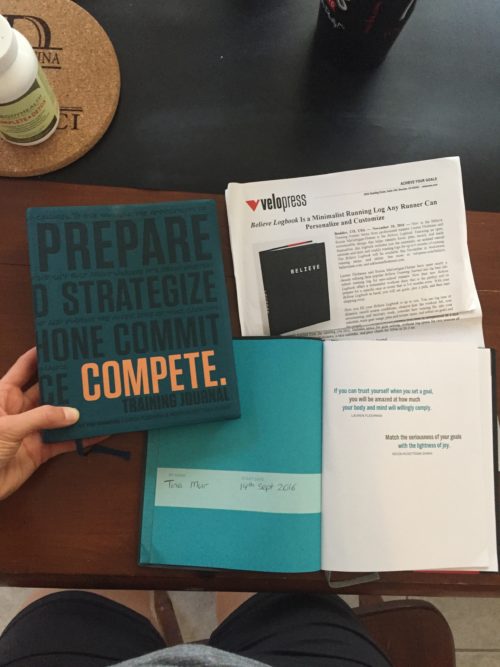 As you can expect, the Compete one is all about really going for your goals. It gives great advice on things you need to reach your goals, and how to go about your vision, planning, and even has a gut check.

You know I loved that part!

But that obviously brought up some reflective thoughts about competing and racing over the past few months.

How did I manage to flunk so many of my races?

I am a racer! I am the money in the bank! I have Evie!

That is usually where I excel, so what happened?

It still bothers me, but after having this emotional recharge, I have been able to let it go, and I can honestly say my mind is in a good place right now. I am going into this marathon season for CIM with a  focus on just enjoying the ride, I just want to make the most of the opportunity to try.

That being said, this reflection gave me time to consider something else that played a part. Something I did not consider before; my diet changes.

When I talked about Falmouth, and how much I struggled, one of my friends made a suggestion, that maybe my disappointing performances were not entirely because of emotional exhaustion.

My initial reaction was to scoff; HA, whatever!

But within a few seconds, I let it sink in……it seemed to make sense……fat and protein are fantastic for building a fat burning machine. I felt great (honestly), I looked more toned, yet healthy, and I actually really enjoy eating the way I do.

I get to shovel spoonfuls of coconut manna into my mouth, eat handfuls of nuts at a time, enjoy avocados galore, and can choose the fattier cuts of meat without feeling guilty.

Let’s just say this diet was definitely satiating, and even though I can tell I am bigger and heavier now than I was for the London marathon (I have no idea actually, we hid our scale about 6 months ago, I just can tell by the way clothes fit and how I look), but I feel fantastic.

Confident in my body, full of energy, and not starving all the time. And as Nancy Clark would say it is better to focus on being balanced and not just being healthy.

But if I can’t race well…….something needs to change.

Like I said last week, my health is my priority, and it still is, but that doesn’t mean I can’t make some tweaks to help my body go to that next level on race day.

After all, I am always telling people, you don’t need to feel good in training, it’s the race that matters.

So what did I do wrong?

Well, I think I went too far with the high fat, high protein.

Without meaning to, I ended up low carb.

I felt so much better without the heavy, stodgy foods.

I know some of you will be reading this in horror when I said that I didn’t miss the bread, I had no desire to eat pasta, I didn’t even really crave cereal anymore.

As I look back, I see that yes, I was eating a LOT of sweet potatoes, parsnips, butternut squash, regular potatoes, and other vegetables, but as we got more into this, and we felt better and better, not only did we have the vegetables, fat and protein during the day, but our evening meals went from pretty close to normal; pizza, quinoa, salmon risotto to Flatizza pizzas, zucchini noodles, and salmon frittatas.

Don’t get me wrong, the caloric intake did not change, the portions were obviously bigger……and actually, I would argue over the past few months I was eating MORE calories than I was before, as I could not see the scale to check up on myself, and I have always been in the camp that I would rather overeat than undereat.

If you do not believe me that I eat enough, go back and listen to when Tawnee interviewed me on Endurance Planet.

I was eating plenty, and Steve and I both felt full.

Of course we still kept the sweets every day. Either through ice cream, sweets, or cookies, that was one area that didn’t really change….other than I wasnt eating the sweets during the day, which is still a good thing.

But one thing that strikes me as I look back, is that without meaning to, I had pretty much ended up at a low carb diet.

Which Tawnee definitely did NOT recommend for me with the miles I was running.

I was able to keep up with my 80-90 miles a week, because most of the running I do is slow enough where my body runs on fat and protein. I even believe I have become efficient enough that 6:00 pace can be maintained mostly on fat, which is why I raced so well at London.

But anything below about 5:50 per mile was a struggle.

Sure, my workouts went well, but that was my legs remembering what they used to do, and attempting to get back there, and besides, the distance wasnt long enough for me to run out of carbs. It is also difficult to tell that you are struggling in the faster stuff when it just feels awkward in general as you are used to the slower running. 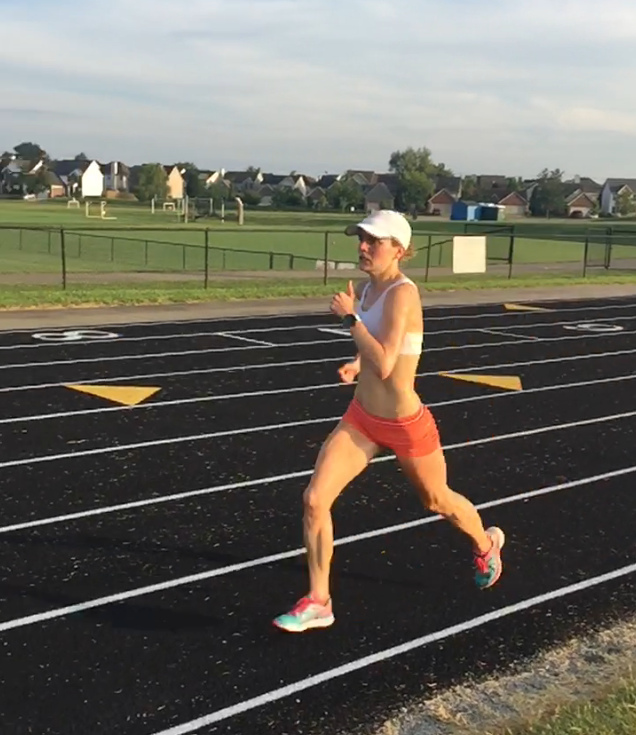 But when it came to the half marathon or even Falmouth as a 7 mile. I believe I just lacked the carbs in my diet to be able to use that speed, and pretty much ended up bonking in my races…..but rather than it being a specific moment where I “hit the wall”, it meant that when I got to my usual 2/3 of the way through a race where I would ROLL people down, I had used up my carb supply, and literally could not get my legs moving fast enough to make up any distance.

I went too far, and this was the price my body paid.

I essentially had robbed my legs of their fuel to go fast, and no amount of screaming at my body was going to help it.

I should have done an ultra this season, I could have killed it 😉

So what does this mean moving forward?

Well, I am changing our eating structure to add more traditional carbs back in.

Even though I was having PLENTY of starchy vegetables, they are just not enough for the mileage I will be doing.

Although I still believe I could keep going the way I am and do well in the marathon this fall, as my body can run efficiently on fats, the sub 6:00 pace I am hoping to run the marathon is dangerously close to the area where my body started to struggle, so it is just not worth the risk.

Especially as my confidence and belief in my ability is at stake her, as is my enjoyment of my favorite part of training.

I am not abandoning my diet changes. I am still going to be sticking to this Whole 30 ish style of eating for the most part, but I am going to go back to the way I was eating during the transition period (in the building for the World Half Marathon Championships and London Marathon); eating mostly foods from the ground during the day, and then stocking up on carbs in the evening.

I do need your suggestions for this actually, I really have no desire to eat pasta anymore, not in the traditional sense anyway. The few times I had it, it upset my stomach.

I want to apologize, to anyone who has made changes to their own diet because of what I recommended.

As I said, I still believe this worked. I believe this is a huge part of the reason I did run so well at the first part of this year, and as far as I know, I did not share with you just how far I had gone with the high fat, high protein side of things.

I also think if you are training for longer distances, this would still work very well for you.

If you are not running high mileage (or even a runner at all), not training for some big goal that will push your body to its max, OR not fussed about how you race in the shorter stuff, I do believe this is by far the best way to fuel your body.

I noticed a SIGNIFICANT difference in the way I felt day-to-day. How full of energy I was in life and training, how much better I slept, how I was more confident in the way I looked, and how I could eating a high protein, high fat meal, and it would keep me full for a long time….rather than being hungry again a few hours later.

I am still a believer in this.

Just not to the extreme I took it, especially if you are in hard training.

I am going back to the way I ate before the London marathon. I have repaired my mind these past few weeks, now its time to repair my body.

Suggestions for meal options? Did you notice this correlation (but did not want to offend me?) 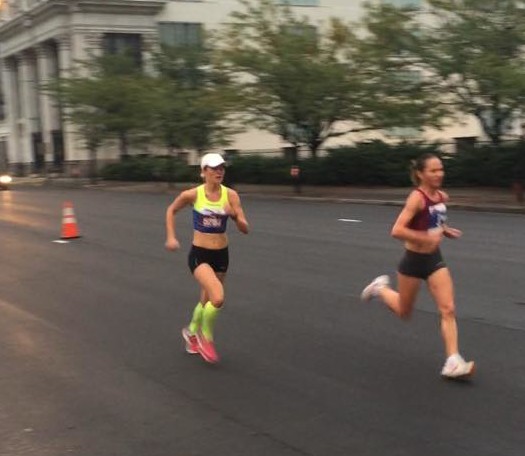 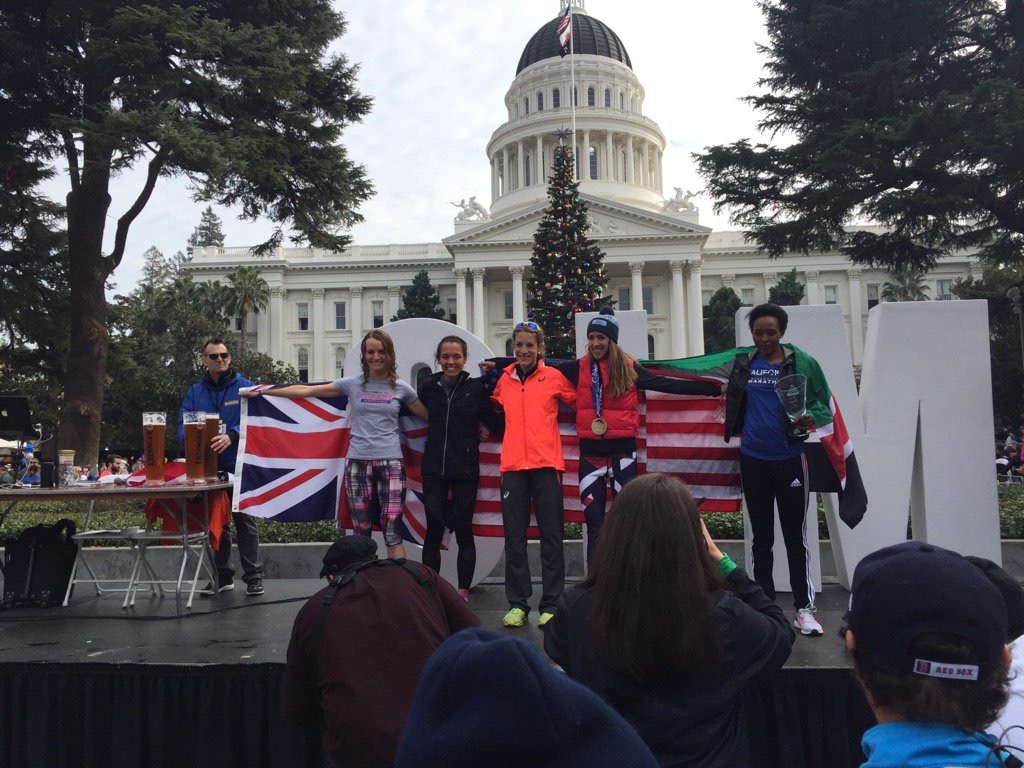 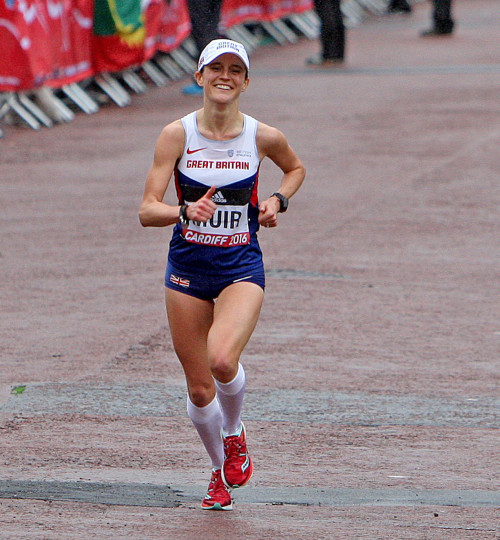