European Championships Half Marathon 2016: What Happened?

Last Wednesday I gave you part 1 of my European Half Marathon Championships recap, and today I wanted to share the actual race.

Yep. Those doubts, the fears, and the fact it took all my willpower not to drop out!

Ready to jump on board my struggle bus? Make sure you read the previous post first, or this won’t make any sense!

The race started and I felt like I was sprinting.

I knew those two turns at the start were going to be aggressive, so I put myself right at the back, avoiding trouble, and setting myself off with the best chance of success.

I like to come from the back after all, and in a race like this, people tend to go off too fast.

But this time, my ego got the better of me.

As soon as we turned the third corner, and I saw a decent straight section ahead, I moved my way up a little.

I should NOT be at the very back. My PR is way faster than a lot of these girls.

I found a group that seemed to be going about the right pace, and I tried to settle in to the pack, but even waiting for my Garmin to vibrate that very first time, to let me know I was at the one mile marker, seemed like it was taking longer than usual.

I did not look at it when it eventually went off, but one thing I was aware of; it felt wrong.

I almost hoped I would be way too fast at the first checkpoint we had agreed on (2k), so I could slow down a little, but I went through almost exactly what Steve and I thought I should be at.

But I didn’t feel good. I felt like I was going way too fast.

I tried to reassure myself that I would feel better. I remembered the words from my roommate on this trip (Laura Whittle), who had told me to not panic if you do not feel good at first, she had been through a rough patch early in her race, but ended up finishing 5th in the 5k the night before. 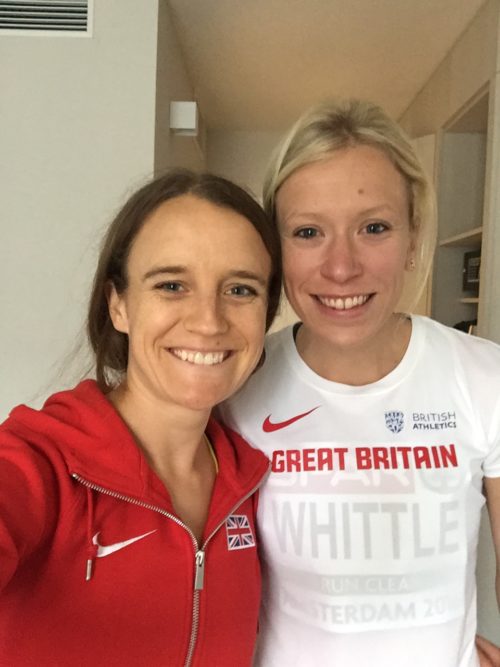 I only had one other marker where I was going to check the time, the 5k mark, and Steve had said around 17:30 would be ideal.

I went through almost exactly on 17:30, but I already felt exhausted.

From there, the battle with my mind began, already trying to calculate just how long I had left, but this conversation was not positive.

That should have been my 3rd warning.

Back the hell off!

But my ego would not allow it.

I had already slipped into my old mindset.

One way or another, I AM going to run the pace I have been set. If my body does not want to go there, then it can damn well deal with it, because that is where we are going.

I WANT this BAD, so you ARE going to get there.

When you try to force your body into a situation it is not ready for, eventually it will find another way to make you listen.

In my first marathon, my body ended up completely shutting down.

I am thankful that didn’t happen, but I don’t think I was far off.

This race reminded me of one of my 10k college races at Mount Sac, where I was having a bad day, but I tried to force it into a good day, and ended up falling over, twice, going down the final straightaway as I was so exhausted, and being unable to cool down as I literally could not control my body and felt completely drunk.

Back and forth my thoughts went for the rest of the race, between wondering how I was ever even going to make it another mile to desperately trying to reassure myself that I would feel better later in the race….but never reaching that point. 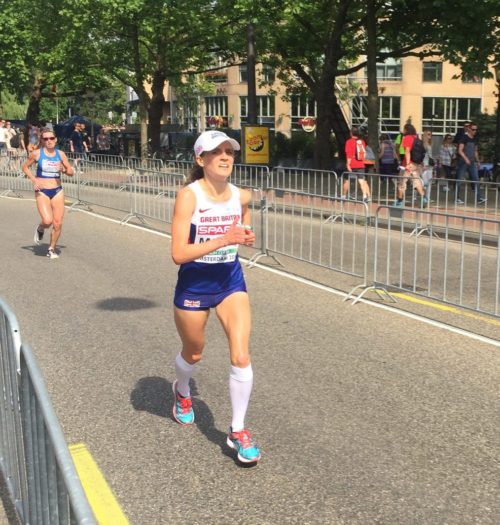 Every mile was a struggle. Every minute was a struggle, and I do not even think I had a stretch of more than 2 minutes from start to finish where I did not think about how awful I felt.

Usually in races it is patches. You have good ones, you have bad ones, and most of the time, it is just a blur as you try to focus on putting one foot in front of the other.

This race had no good patches. I had moments I felt less bad than others, I would try to move up during that moments, but no sooner had I moved ahead of my group when I would be swallowed back up again, and struggling to hold on to the pack.

Lots of the other girls seemed to be doing the same thing. It seemed like we were in a rotation, and everyone had a turn to move ahead, confident they had broken that group, eyes on the group ahead, but then an instant later, you were at the back, trying not to be dropped.

This gave me a glimmer of hope. I reminded myself that everyone was feeling bad. No one was really getting any further ahead of me.

But once again, the ego took a hit as I am usually the one reeling people in, one by one I move into new packs, and leave them behind as I chase the next one.

This time, there was no moving forward.

All there was, was trying not to quit.

I spent most of this race trying to stop myself from dropping out.

I hadn’t felt this bad in a race from the very beginning to the very end since 2011. No good patches. No confidence. Just holding on to hope that maybe, just maybe, I will feel better.

I thought about dropping out so many times. What I would say if I did? Just how awful I felt.

But there were 3 things that stopped me every time.

I was representing my country in a European Championships.

The race I had dreamed of ever since I first started to run.

How could I ever say I had accomplished this if I  dropped out. If I didn’t even finish with nothing serious wrong, why would they want to take me again?

Besides that, we were a team, and what if two of the other girls had dropped out ahead of me. I had no idea if they were struggling or not, and if I dropped out, and our team didn’t even get a score, how could I ever forgive myself? 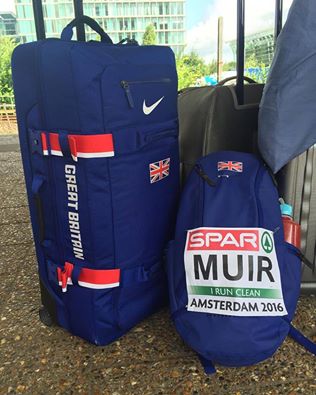 Turns out this was more real than I realized at the time.

Charlie had a bad cramp in her quad, and had dropped out, and Lily barely managed to finish with back pain.

Maybe I wouldn’t be the one to contribute to a medal, but the least I could do was be the backup and finish.

I am not a quitter.

No matter how much it hurt. No matter how slow I had to go. I was going to finish this race one way or another.

I am a fighter, and I had to fight for every step, but I was going to do it.

This fight rose up in me around halfway, and no matter how bad I felt, even as I passed the half way mark, barely believing I was only half way, I knew I HAD to do this.

So this one was definitely wrong. I did not finish strong or fast (running form went out the window on this day), but I still held hope that by being smart (well, I thought I was), it would pay off.

This perseverance would pay off.

Yet that strong finish and kick towards the finish never came.

I passed one girl on the final straightaway, and that took everything I had.

I did not enjoy the race.

Not one bit. I did not take in the beauty of Amsterdam, smile at all, even when I thought about the fact I was completing a dream, nor when I saw my family or best friend.

What a contrast to the last time I represented Great Britain and Northern Ireland.

But I made it.

I finished, and for that reason I was incredibly proud of myself.

When I finally saw Steve and my family I burst into tears.

This was not the day it was meant to be….yet another reminder to this control freak that no matter how much you try to control; it cannot be done!

But Steve was not mad, nor was he disappointed.

He could see from that very first checkpoint at 2k that I was not feeling good, and he was just proud that I kept fighting, I never gave up.

I was sore for days after the race.

I have never been sore after a half marathon before, like I am talking marathon sore, as much as it is hard to feel that knowing you have nothing to show for it, it is also good, it lets me know that as much as I want to beat myself up, be angry at myself for not running a PR, I did the best I could.

I gave my all, and that is all you can ask for.

The last thing Steve had said to me before he left me after my warm up that morning was that this race didn’t mean anything.

We have so much going for us in our lives, we have one another, and that is truly all that matters. We are surrounded by love and happiness, and no matter the outcome, our lives would be the same, we would still be us, and we would still be happy.

That truly brings it back home for me.

I may be a runner. I may have put unrealistically high goals on myself, expectations that caused me to abandon my secret power and ultimately have a bad race, but at the end of the day, I have so much more in my life. 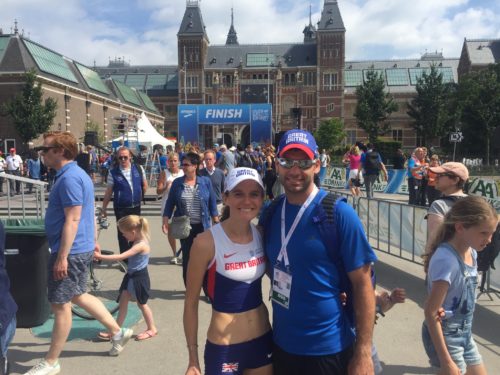 I have had more than my fair share of good races this past year, and pretty much every race has gone my way; either a PR, holding back, or accomplishing something.

I had a bad race, and it was totally my fault.

But at the end of the day, I am still me, and running is just something I do.

Those experiences I had this past week will last me a lifetime, and I intend on reflecting back over them for many years to come.

How do you stay strong when you feel like you can’t make it through?