I thought this would be a great post for you to see what life is like as an elite athlete. This was my first real experience as an expenses-paid-for “pro” athlete, and although it is in no way as glamorous as other sports, for me, it was one incredible experience that I would love to experience again in the future.

Last weekend I competed in my first race since the marathon; the Cherry Blossom 10 mile, incorporating the USA 10 Mile Championships. To say I was a little nervous was a huge understatement. This was the longest period I had gone in a very long time (if ever in my running career) without racing, and I was terrified that I still was not ready. It was a big ask to have my first race back as such a high quality race, but it was good to dive in at the deep end, and it would be the perfect opportunity to blend in, and enjoy the experience.

I traveled down with one of my close friends (Frances), which was fun, and the race director put us in a room together, which was great! After checking in, we were directed to the elite athlete lounge to collect our numbers.

This was where my nerves shot through the roof; Olympians, runners I have idolized for years, and 2:21 (female) marathoners hung out in the same room. To them I was just another runner, but inside I was completely starstruck. I think I did a pretty good job at holding in my crazy 😛

There was also an abundance of food from Corner Bakery Cafe, masseurs, and lots of staff walking around asking if we needed anything.

We had an elite athlete mandatory meeting where they went over rules, plans for the rest of the day, how race day would be organized, and what would happen if we were selected for drug testing. I tried to just suck it all in, and enjoy the moment. I went on a short 3 mile run down the mall (we were only a few blocks away), with Frances and a Canadian lady named Megan Wright, which was good fun.

At 6pm, we had a reception, followed by a VIP dinner at 7pm. I sat and chatted with Frances, Megan, Jen Rhines, and Sara Slattery, who are all lovely people. It was great to learn from them….and enjoy the good food of course! We listened to talks from a few speakers and VIPs from the race, before we headed to our rooms to toss and turn all night sleep.

Race morning, we set our alarm for 4:20am (3 hours before the race), and had our pre-race breakfast in the athlete lounge. I noticed that most people had a similar breakfast of a bagel with peanut butter/cream cheese, and a banana.

The bus picked us all up at 6am, and we were transported to the course. We nervously paced around the elite athlete tent….and waited in line for the bathrooms (inside the tent thankfully), until it was time to warm up.

Usually the hour before the race feels like it takes forever, but with a view of the white house on the first half of the warm-up, and a view of the Washington Monument on the second half, followed by a mad rush to the bathroom, it seemed like minutes later we were being called to the start line. The elite women’s race started twelve minutes before the rest of the field in the hopes that the lead men would not catch us.

After a few strides, and the national anthem, it was time to stand behind the start line, and get ready to go……To be continued…….HERE 🙂

What is the biggest race you have ever done? How do you combat feelings of doubt? 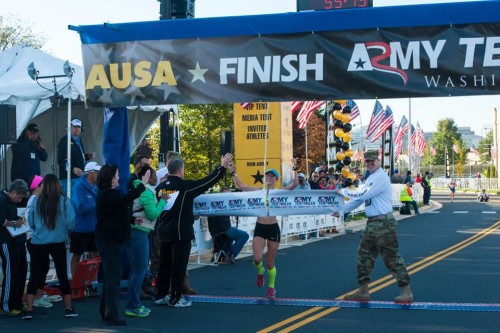 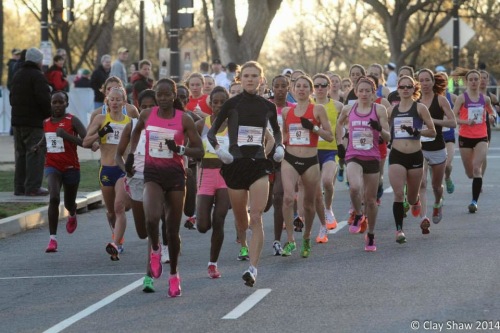 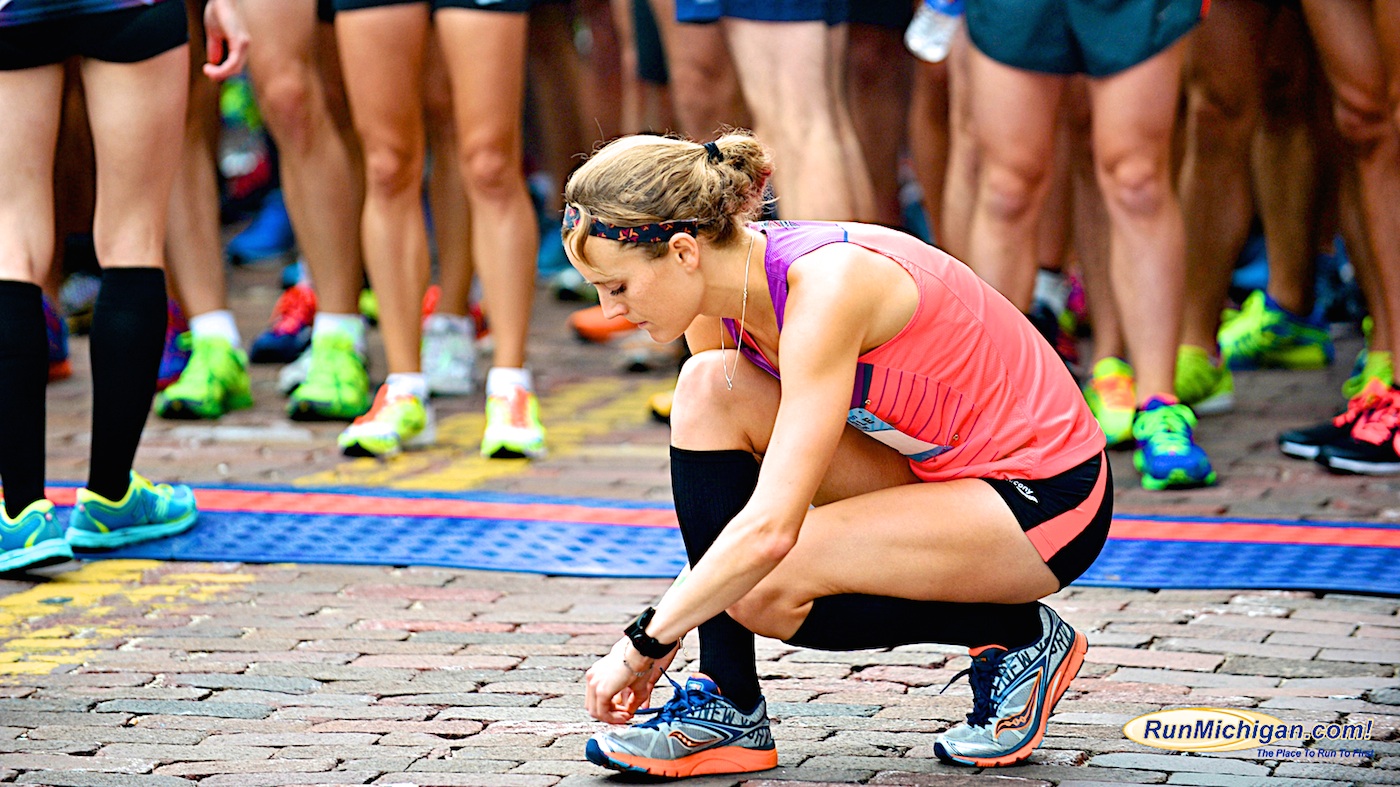