Meb Keflezighi: Take This Time To Start Working On Your Weaknesses -R4R 180

As an athlete, odds are you have heard the name Meb Keflezighi. But as a runner, not only have you heard of him, you’ve idolized his abilities and been inspired by his amazing career.  Meb, a 2004 Olympic silver medalist in the marathon, winner of the 2009 New York City Marathon, and winner of the 2014 Boston Marathon, cementing his legacy as one of the best long-distance runners in history, joined the Running for Real Podcast to discuss training, staying motivated during these difficult times, not letting circumstances define who you are, and the importance of surrounding yourself with people that believe in you.

With the Coronavirus spreading across our globe many races are being cancelled.  Races which people have invested months and possibly even years of training in to.  Whether you are at the peak of your training or have recently gotten off the couch to run your first 5K, having your race cancelled can be disappointing.  However, the investment you’ve put into your body throughout your training, the miles, speedwork, and recovery runs don’t disappear because of a race cancellation.  Take the proper time for recovery and get ready for your next race.

Meb suggests that now is the perfect time to identify weaknesses in your training and begin strengthening these areas.  While your running may be limited, now is a perfect time to work on your core, do crunches, pull-ups, and push-ups.  A lot of great training drills to assist you in these areas can be found in Meb’s book, Meb for Mortals.

At what Meb believed was the pinnacle of his training, he had been preparing for one of the biggest races of his career: the 2012 New York Marathon.  Due to damage done to New York by the Sandy Hurricane the race was cancelled.  While Meb said this was devastating he realized it was a good time to recover and refocus.  If you are struggling to take the next step because you lack motivation, realize you are in a better position than most others.  You will be back!  It is just a matter of time.

Life is a Challenge

Many people are struggling right now, and life is extremely challenging; however, your mentality towards the current issues is something you can control.  When it comes to your training you can have the “I’m done” mentality or you can realize that your health is very important and use this as a time to reset.  Right now is a perfect time to scale back, calm down, and ask yourself, “What have I done right with my training?” and “What have I not done right?”  Then go out and maximize your training.  Take this time to refocus and remember why you run.

Meb suggests that we look at the bigger picture and realize that sometimes we have to take two steps back to gain ten steps forward.  A cancellation of a race can be disappointing, but it also gives you a chance to discover new ways you can come back stronger.  We need to remember how important our health is to running and that our health comes first.  It is easy to get caught up in thinking about the right now when we need to be thinking about the long term.  Continue to be diligent, encourage others, and be there for one another.

Don’t Let Other People or Circumstances Define You

We’ve all encountered roadblocks in our training or running careers, and Meb is no exception to this.  In 2011 Meb was dropped by his sponsor, Nike.  He said this loss was tough for him.  His self-worth was devastated and believed his running career was over.  He’d done the best he could for his country, but those days were behind him.  Meb said many athletes dream about wearing the Nike Swoosh on their uniforms because it lets you know that you’ve made it.

But as opposed to let the loss of this contract make him think he wasn’t good enough, he decided he would prove them wrong.  In 2011 Meb went on to set a personal record at the 2011 New York Marathon, afterwards he set a new personal record at the 2012 Olympic Trials, followed by a fourth place finish in the marathon at the 2012 London Olympics.  And, in 2014, Meb went on to win the Boston Marathon two weeks short of his 39th birthday!

Surround Yourself With People That Believe in You

In 2011, shortly after losing his Nike sponsorship, Skechers offered Meb a contract.  Other companies such as Ucan, CEP compression socks, and Maui Jim also offered Meb sponsorships.  Meb said his sponsors really cared for him and wanted to see him succeed.  They were instrumental in helping him achieve his goals and wanted to see him be the best that he could be.  He said the powerful and kind words spoken to him by his fans and sponsors are what encouraged him to continue to run.  When Meb won races, he said it was not a victory just for him, but a victory for the masses.

At meet and greets Meb also stated that people bring him gifts, snacks, and share fascinating stories of losing weight through running.  Runners have even approached him and told him his victory at Boston has inspired them to start running and train for a marathon.  Kind words and inspirational stories can go a long way in motivating you to continue to train hard and look forward to the next race.

Whether your race was recently cancelled, you’ve experienced a setback, or you are finding it hard to become motivated to get out the door again remember: Most of us have enough areas in our lives where we have to meet other’s expectations.  Let your running be about your own hopes and dreams. Recall why you started running, reminisce about the feelings you experienced during your “runner’s highs” and start training for your next race!

(Book) The Moment of Lift

Thank you to my wonderful sponsors Vital Farms, Tifosi, and Generation UCAN for sponsoring this episode of the Running for Real Podcast.

I have been a BIG fan of Vital Farms for years for their eggs, because they truly do care about their products and where they get them from. It is a brand that I trust, it is Lactose and casein free! With a new product of Ghee butter, it is a clean and versatile butter oil for all your culinary needs.

Go Here for a chance to win a year supply of Pasture-Raised Ghee. 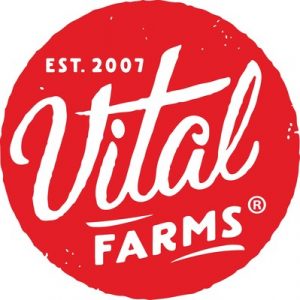 I am very excited to have found a sunglass brand that are super durable and can be used to for athletic and leisure life styles. They even come in MANY colors and shades for the not so sunny days out there as well. The ones that I like is the Swank Series, go and check them out!
Go here with coupon code TINA for 10% off.

Generation UCAN has been with me through a lot of my races and in my every day life. This product has been my go to nutritional product for marathon training and racing when I was getting all of my best times. It gives you a steady energy without the sugar, so there are no sugar high or crashes!
Use code  TINAMUIR25 for 25% off. 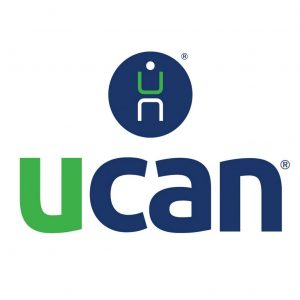 Thank you to Meb, I look forward to hearing your thoughts on the show.