Jacob grew up surrounded by three strong sisters and mother. From a young age, he saw them as role models of strength and courage. Today, as a father to four daughters, Jacob says he knows he’s not someone his daughters can aspire to be because they’ll always see him as a man, as their father. He shares he’s constantly looking for strong women to point to because having been surrounded by strong women his whole life, he wants his daughters to have the same.

“It’s about putting in the time and being patient. Let your body adapt to gradually increasing stimuli.” — Jacob

For Jacob, he had spent the majority of his childhood running 5Ks and 10Ks. It wasn’t until later in life when he learned of his uniquely high VO2 max and lactate threshold which gift him with having more endurance. That’s when he learned about marathons and later ultras. That’s where he found his strength.

As a coach, he shares that the greatest opportunities to improve as athletes are in aerobic development. “So many people focus too much on anaerobic and not enough on aerobic. Perhaps the best way to find out where your talents and strengths are is to focus on building your aerobic base. Build your lungs.”

He also discusses what it’s like to explore new activities like trail running. He says you can start small by doing your easy runs on trails first, then introduce strides or hill repeats on trails. A good indicator of where you’re performing at your strongest is how well you’re feeling during certain workouts but also paying attention to how quickly you recover.

Who is Tommy Rivs?

The largest part of Jacob’s story is his brother Riv’s recent illness. Rivs is Jacob’s younger brother. An ultra-marathoner with a big beard and an even bigger heart.

“He’s just a very kind soul. A renaissance man of some sort,” says Jacob. Rivs speaks multiple languages including sign language and French. He makes videos with iFit so people can run while learning about different cultures. He’s a husband, father, and helps others with their running journey through his physical therapy practice. Rivs and Jacob were even training to qualify for the Olympics.

But earlier this year while in the Grand Canyon, Rivs got sick and couldn’t get out. He was coughing blood and thought he might have COVID-19 so he self-isolated for two weeks until he got too sick and his wife took him to the hospital. After many tests, it was discovered Rivs has a rare form of lymphoma. He went from being a world-class athlete to being on life-support for over three months, in a coma, and paralyzed.

Jacob shares Rives is now out of the ICU and is undergoing chemotherapy. He’s in a rehab facility to help him regain strength and mobility before undergoing a bone marrow transplant. In the past months, Jacob helped put together a Run with Rivs Challenge, which the running community around the world showed support for. Organizing this helped give Jacob a sense of meaning and purpose since he’s not able to physically be near Rivs or his family due to COVID travel restrictions since Jacob lives in Canada.

For Jacob, the whole experience with Rivs has increased his sense of empathy toward what others are going through and a deeper appreciation for the human experience.

“Like most runners, I pride myself in being independent and low maintenance. But this experience has exposed my vulnerabilities, fears, weaknesses, blind spots, and given me a new appreciation for humanity and the running community,” Jacob says.

“It’s ok to not have all the answers and to ask for help. I think this is particularly helpful for men to hear because we spend so much of our lives believing we have to be strong and independent, and it is our responsibility for others to rely on us— not the other way around. We can become better people through these tough times.”

Thank you to my wonderful sponsor Tracksmith, Athletic Greens, and Inside Tracker for sponsoring this episode of the Running for Real Podcast.

Tracksmith is a Boston based running clothing company that truly cares about the quality and care of their running clothes. Running can be a demanding lifestyle for our clothes, they definitely go through the wear and tear to where we may be purchasing new clothes constantly. Tracksmith designers truly work with the finest materials and think of you as a runner in mind with spots for your keys, phone, and fuel. Not to mention they have their fall collection out! You can also go here to check out my favorites! 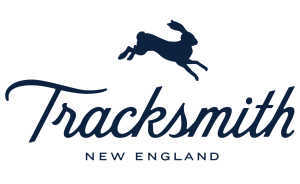 Athletic Greens is a simple and easy way to get 75 vitamins, minerals, and whole food source ingredients. Just to help my immune system be stronger and greater! It is so simple to do and it taste good as well. I used this for my prenatal and I am still using it while breastfeeding.

Now you can get up to a YEAR supply of Vitamin D3 and K2 for free with your first purchase of  Athletic Greens through my podcast. Visit here to learn more!

InsideTracker has been a sponsor and also a dear friend that has helped me SO much in my past when my body was just not right. I count on InsideTracker to help me decipher the science behind it all. As Running4Real listeners they are wanted to give you all the deal of the year, to take control of your health and wellness. You can get $200 OFF the ultimate plan which is their most comprehensive plan.

Go here and use code: GIFTFROMRUNFORREAL for this amazing deal. 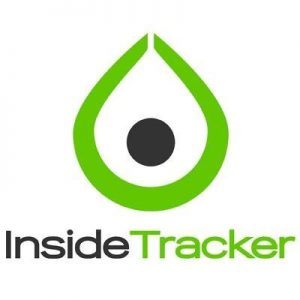 Thanks for listening! I hope you enjoyed today’s episode.

Thank you to Jacob, I look forward to hearing your thoughts on the show.

Get our weekly newsletter