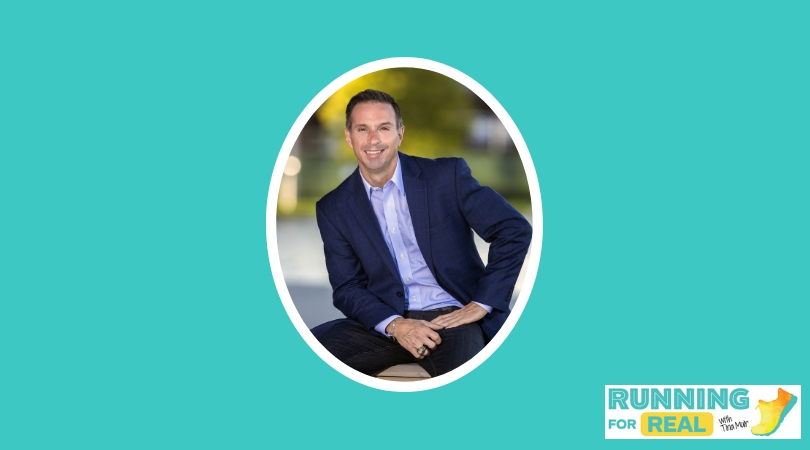 Do you ever feel like you have no control over your own life?

It can happen to anyone. An injury, debt, children to support, or endless school assignments can leave us to the mercy of things seemingly out of our control. It is easy to get bogged down by negative thoughts or lists of things to do.

But putting our energy into the things we can control has the potential to change everything.

When Damon West was sentenced to 65 years in prison, his life completely changed. Upon arrival, Damon received advice from a wise, elderly inmate, Mr. Jackson. Mr. Jackson told him that prison was like a pot of boiling water and that he could be like a carrot and become soft, be like an egg and become hard, or become like a coffee bean and turn his environment into something completely different. He eventually took the old man’s direction to heart and found ways to thrive while in the penitentiary.

After nearly a decade in prison, he was released on parole with an entirely new perspective on life. Damon’s interview on the Running for Real podcast gives insight into his secret to life, what life in prison is like, and how you can take control of your life.

Identity Loss and Self Control

Damon didn’t appear to be destined for prison. He was the football star in high school and went on to play Division 1 at the University of North Texas. He started as quarterback for three years before a series of injuries ended his football career. Later, drug addiction took over Damon’s life and he completely lost sight of who he was.

If you aren’t sure what your purpose is, life has a way of defining what it is for you. Especially for those people who feel like they have had an identity taken away from them, not knowing who you are can lead to dangerous paths. For Damon, it was realizing that he was more than a quarterback or stock broker. Even when those things ceased to be, he was still Damon.

Remember that you have complete control over your thoughts, feelings, and actions. Things may happen to you, but you can decide what to do with them. Defining who you are and controlling what you think and do can simultaneously grow.

The Secret to Life

For Damon, the secret to life is simple. Serve others and be humble. Whenever he feels himself stray from that simple mantra, he finds a way to get back to the basics. While in prison, Damon helped others study to get their GEDs and even taught some inmates how to read. His greatest desire is to be useful, and he finds the most satisfaction in life from serving.

Learning how to forgive himself has also come from serving. Since he is unable to contact any of those people he may have hurt prior to his time spent in prison, he does what he can in the community as a restitution effort.

Damon has shown many people that they can be in control of their own lives. If you want to change the world, start with you. He truly believes that he can change any environment he is in by his attitude and positive spirit. Today he lives in the present, not focusing on past mistakes or accomplishments, knowing that who we are in the present, and what we do with the time we have now is most important.

How can you change your environment? What will you do today to live in the moment? Focus on what you can control, and let the rest be as it is. You will find more peace and purpose in your life as you do.

Learn more about Damon’s life in this podcast. What is life like in a maximum-security prison? How was he able to avoid gang membership? How did he go from a 65-year sentence to giving motivational speeches around the nation? What would Damon change if he could start over? The story of winning his first 5K race, and more!

Thank you to Coros and Mighty for being the wonderful sponsors of this episode of The Running For Real Podcast.
My new Coros Apex watch may be the new watch for me! Yes, that means I am not a Garmin runner anymore. I wore this watch in the Boston Marathon and I LOVED it! The new screens, options, the statistics, and the look alone just makes it look like a real watch and not a running one.
Please visit Here you can get yourself a free bonus watch band in using code tinamuir.

Mighty has become quite the handy gadget for running and to share it with you. It is linked to Spotify and you can take the little square with you on your runs to listen to other people’s playlist or create your own!

Thank you to Damon, I look forward to hearing your thoughts on the show.